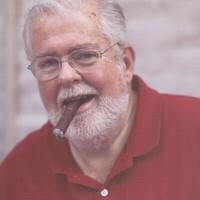 Mr. Golden was an ardent supporter of the Catholic Church and in particular, Catholic Education.  Mr. Golden and his wife Maureen Moore, were particularly generous benefactors to St. Joseph Hill Academy and the Daughters of Divine Charity. Best known to the Hill community for their gift to Hill’s 1999-2001 building campaign, the Goldens’ generous gift provided the funding for the critically needed security school entrance doors, well-known to all as “The Golden Doors.”   During our Centennial Year (2019-2020), the Goldens were among our philanthropic leaders as Scholarship/Event Sponsors.

The recipient of an excellent Catholic education himself, Mr. Golden graduated from Xaverian High School and he earned his Bachelor of Science and Master of Business Administration Degrees from Fordham University.  He was an avid volunteer for Catholic causes. He served as first vice chair and director of HeartShare Human Services of New York, a nonprofit organization for children in need and was also on the Board of Governors and past-president of the Cathedral Club of Brooklyn. Mr. Golden was a Knight of the Order of St. Gregory the Great, a Knight of the Sovereign Military Order of Malta, a Knight, Grand Cross of The Equestrian Order of the Holy Sepulchre, and a member of the Knights of Columbus. He was also past-president of the Bayfort Benevolent Associates.

In an expression of sympathy, Principal Molluzzo states, “A true neighbor and friend of St. Joseph Hill Academy, Mr. Golden will always be remembered for his generosity and support of Catholic education. Having been blessed to have educated both of his children, Katie (a graduate of our elementary '02 and high school '06) and Robert Jr., (an elementary school graduate '05), Bob Golden will forever be a part of St. Joseph Hill Academy each time we look at or walk through “The Golden Doors”. May he rest in peace.”

We are grateful for Mr. Golden’s unwavering support of St. Joseph Hill Academy and his kindness and generosity to the Daughters of Divine Charity and other organizations dear to his heart.   We extend our prayers and sincere condolences to the Golden family.