SJHA is under the Direction of the Daughters of Divine Charity

The history of St. Joseph Hill Academy began in March 1919, with the purchase of the fourteen-acre estate of Mr. William Knauth by Reverend Mother M. Kostka Bauer. In May of that year, the Daughters of Divine Charity arrived on Staten Island and in the fall, inaugurated tutoring classes for a group of twenty-five children who had come to them during the summer. These classes grew and eventually led to the institution of the Academy.

The first secondary level classes of the Academy were begun in 1930, and the first official Commencement Exercises were held for six high school graduates in June 1934. At that time, the Academy was affiliated with the Catholic University of America, Washington, D.C. In 1938, the high school department of St. Joseph Hill Academy received its charter of recognition and full accreditation from the Board of Regents of the University of the State of New York.

Since its foundation, multiple projects have been undertaken to provide for the ever-growing needs of the Academy. The rapid pace of the school’s growth was the prime factor which influenced Mother M. Fidelis Babos, then Provincial Superior of the Daughters of Divine Charity, to formulate plans for the erection of a new high school wing to be added to the already existing elementary school building, which had been dedicated in 1953.

Accordingly, on August 26, 1956, the groundbreaking ceremony took place for the erection of the present building. On March 23, 1957, Most Reverend Joseph M. Pernicone, Auxiliary Bishop of New York, laid the cornerstone. The formal dedication of the high school building took place on May 22, 1958, conducted by His Eminence, Francis Cardinal Spellman, Archbishop of New York.

A new construction project begun in 1999 was completed during the 2000-2001 school year. A new gymnasium, four additional high school classrooms and a distance-learning lab, to enhance our WITAC program, were added to our facilities.

Saint Joseph Hill Academy has made many more advancements since these additions in the early 2000s.  The Academy is now home to a new engineering lab equipped with state-of-the-art technology, including brand new 3D printers.  Madonna Hall has also been transformed into a fully-functioning art studio.

Since its inception, St. Joseph Hill Academy has kept stride with the ever-changing educational needs of her students and, under the patronage of St. Joseph, will continue to strive to develop in the young ladies who form the student body- the highest good – SUMMUM BONUM. 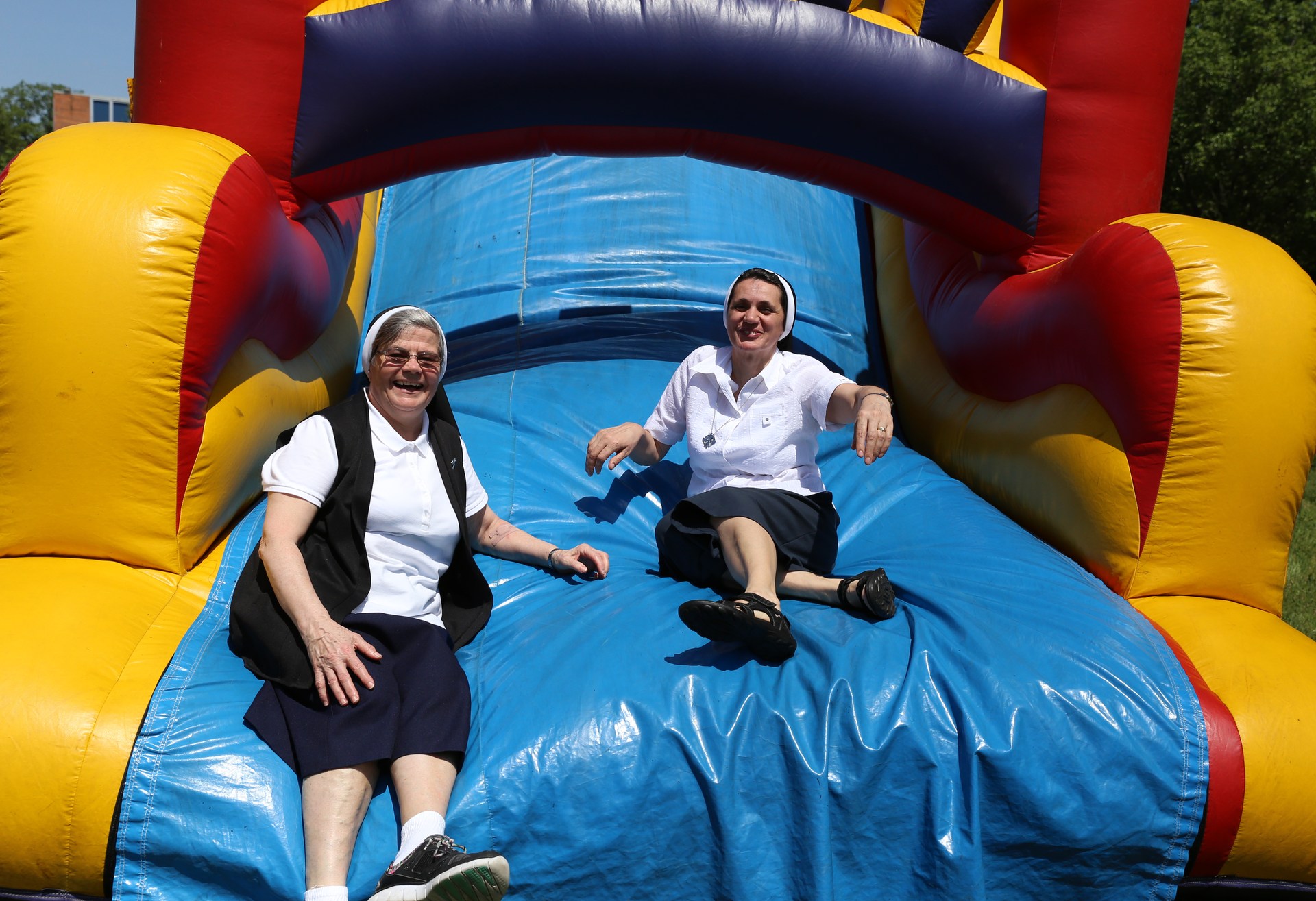 No obstacle is too great for Sr. Matilda and Sr. Regina who successfully took on the inflatable obstacle at a Color Wars event. 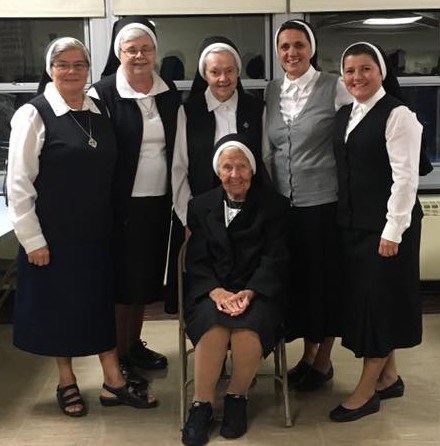