Celebrating the Legacy of Hill's Athletes! 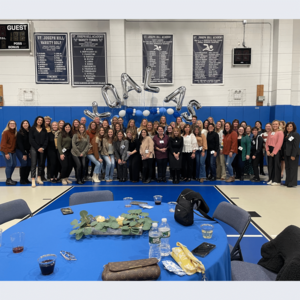 We also heard from our two esteemed guest speakers that evening: Janice Philipps and Virginia Mayrose, two pillars of the athletic program at St. Joseph Hill Academy, who both helped shape the legacy we celebrated that evening.

It was an inspirational and joy-filled evening and we are grateful to the Athletic Office and the Advancement and Alumni Office for putting everything together. We are excited to keep the celebration going with similar events in the future!